Life, Java and Everything

With the Hotspot JDK 7u40 there is a nifty new tool called Java Mission Control. Users of the nifty old tool JRockit Mission Control will recognize a lot of the features. This blog focuses on the Flight Recorder tool, and the method profiling information you can get from the flight recorder.

So you want to know why all your CPUs are saturated. Perhaps you even want to get some hints as to what changes can be done to your application to make it less CPU-hungry. Don’t despair – Java Mission Control to the rescue!

Built into the HotSpot JVM is something called the Java Flight Recorder. It records a lot of information about/from the JVM runtime, and can be thought of as similar to the Data Flight Recorders you find in modern airplanes. You normally use the Flight Recorder to find out what was happening in your JVM when something went wrong, but it is also a pretty awesome tool for production time profiling. Since Mission Control (using the default templates) normally don’t cause more than a per cent overhead, you can use it on your production server.

So, to do method profiling with JMC, simply go about producing a recording like you normally would. Here is an example:

Once you’ve found your top methods, you either want to make sure that these methods are faster to execute, or that you call the method less. To find out how to call the method less, you normally look for ways to call along the predecessor stack traces less, and you look for the closest frame that you can change. It is quite common that the case is that some JDK core class and method is among the top methods.

Since you cannot rewrite, say, HashMap.getEntry(), you need to search along the path for something that you can change/control. In my recording, the next one is HashMap.get(), which does not help much. The next one after that might be a good candidate for optimization. An alternative would be to find somewhere along the entire path where we can reduce the number of times we need to call down to get whatever we need to get from the HashMap.

After you’ve done your optimizations you do a new recording to see if something else has popped up to the top. Notice that it really doesn’t matter exactly how much faster the method itself became. The only interesting characteristic is the relative time you spend executing that part of the Java code. It gives you a rough estimate of the maximum performance gain you can get from optimizing that method.

Aside from the normal command line flags to control the FlightRecorder (see this blog), there are some flags that are especially useful in the context of the method sampling events.

There is one flag you can use to control whether the method profiler should be available at all:

There is also a flag to limit the stack depth for the stack traces. This is a performance optimization and a safety, so that the performance hit doesn’t run away, say if you have an insane stack depth and a lot of deep recursive calls. I believe it is set to 64 by default:

The Flight Recorder method profiler is quite good at describing where the JVM is spending the the most time executing Java code at a very low overhead. There are, however, some limitations/caveats that can be useful to know about:

Monitoring Java applications is can be done with different tools and with JDK you get one good tool for it: Java Mission Control. Java Mission Control and Java Flight Recorder together create a complete tool chain to continuously collect low level and detailed runtime information enabling after-the-fact incident analysis. Starting with Oracle JDK 7 Update 40 (7u40) Java Mission Control (JMC) bundled with the HotSpot JVM. Let’s take a short look what those tools are.

«Java Flight Recorder is a profiling and event collection framework built into the Oracle JDK. It allows Java administrators and developers to gather detailed low level information about how the Java Virtual Machine (JVM) and the Java application are behaving. Java Mission Control is an advanced set of tools that enables efficient and detailed analysis of the extensive of data collected by Java Flight Recorder. The tool chain enables developers and administrators to collect and analyze data from Java applications running locally or deployed in production environments.» — Oracle Java Mission Control.

Starting with Oracle JDK 7 Update 40 (7u40) it’s bundled with the HotSpot JVM and although you can connect it to older JDK’s like application running on JDK 6 the newer ones show more information and have more features. So no real fun with legacy applications. The Flight Recorder needs at least JDK 7 Update 40.

Java Mission Control can be connected to local or remote Java Application. Start your application with following Virtual Machine flags which enables the JMX remote without authentication and Mission Control:

If you’re using WebLogic then the JMX Remote settings are following:

JMC does not include or run with a security manager, so a user must ensure to run the JMC client in a secure environment.

After connecting JMC with your Java application it opens a familiar Eclipse based user interface. JMX Console has couple of tabs on the bottom which shows overview, MBeans, Memory and Thread information. The more useful tool is the Java Flight Recorder (JFR) for profiling your application. In Java Mission Control JVM Browser right click on the Java Virtual Machine you wish to start a Flight Recording.

Leave all the default settings and select the «Profiling — on server» template for your Event Settings. Just hit finish at this point. You can also click Next to go to the higher level event settings which are groupings of named settings in the template. You can select how often you want JFR to sample methods by changing the Method Sampling setting.

The recording will be downloaded automatically and displayed in Mission Control. Click the tab group for Code to start visualizing your Method Profiling Sample events. Switch to the method profiling tab to find a top list of the hottest methods in your application.

Too bad I don’t have nice recording to show but here’s couple of screenshots. Better overview of how to use Flight Recording can be seen from the Java Mission Control demo video. 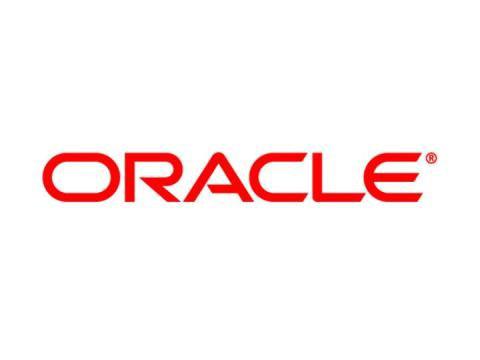 This post makes an insight on this profiling and monitoring tool. The first part shortly defines it. The second part shows, through taken screenshots, which information it exposes.

Java Mission Control (JMC) is a set of tools helping to analyze what happens in the JVM. It’s composed of 3 parts:

Historically JMC was developped as a part of proprietary JVM called JRockit. Its initial goal was to provide a non intrusive monitoring and profiling tool for production applications running on JRockit. With the update 40th of Java 7 the JMC was moved to public JDK. JMC achieves good performances and is not intrusive because the collected events come directly from the JVM. Thanks to that it avoids the observer effect . JMC is different than other monitoring tools that use sampling or profiling techniques.

It occurs when the observation of a phenomenon changes the phenomenon itself. In IT we can meet observer effect when for instance:

Sampling and profiling in monitoring tools

We can monitor and analyze applications on runtime with either sampling or profiling approach.

Sampling consists on collecting runtime information every defined interval of time, for instance every 1 minute. As you can see, the collected information can be approximative. For example, if we have methods executed in less than 1 minute, their metrics can be missed by the sampler.

Profiling is more exact measure because it instrumentates the executed code. However it adds a bigger performance overhead than the sampling and can seriously slow down the application.

The JMC UI is launched through jmc command. We can customize some of its features, as define workspace (-data $workspace attribute) or add additional JVM arguments (-vmargs $jvmArguments attribute). The configuration can also be modified through the changes of jmc.ini file

Now it’s time to discover JMC in practice. The points below will list the main (subjectively chosen) tabs of JMC UI:

Generally memory pools represent the set of memory resources preallocated by the system enabling dynamic memory allocation (= memory allocated on runtime, e.g. by using C++ new operator). They can be grouped in hierarchical structures and enable the memory release for a set of objects with in just one operation.

In JVM memory pools are represented by on-heap and off-heap memory parts, as metaspace or generations (young, old).

JMC came to JDK some time ago but it still less popular than JVisualVM. But as we could see in the first part, the JMC enhances the features proposed by JVisualVM by limiting observer effect and working with Java Flight Recorder. Through the screens from the second section we could also see that the JMC proposes not only monitoring but also alerting (trigger) in different forms (e-mail, log. ). This part also shown that the JMC is not a closed tool because it can be freely customized thanks to a lot of «+» buttons defined in the interface.

If you liked it, you should read: Java Flight Recorder 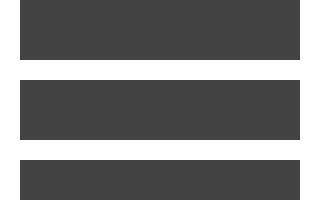 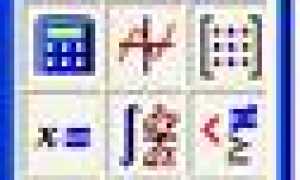